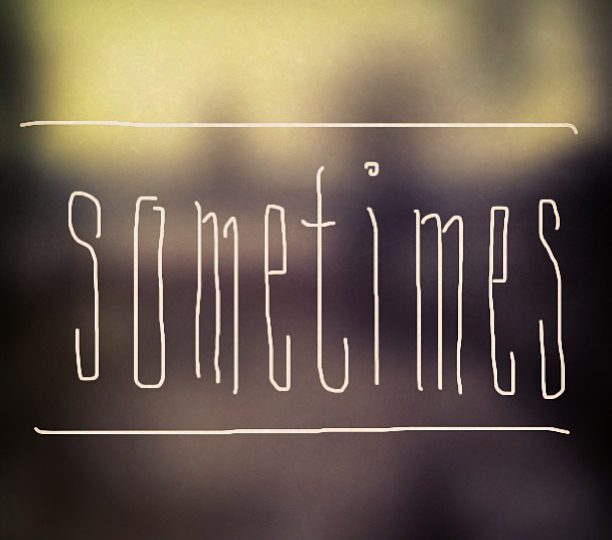 It’s been months since we last spoke, even longer since I seen you,
I hear a couple rumours from a couple of your people,
I blank out everything now, sometimes I even question if I remember your face,
But all it takes is one little thing for it to all flood back and and I start reliving the best of our days,
I called this poem sometimes because,
Well yea you’ll get it by the end.

Sometimes I’m sure I’m over you,I start telling my friends,
Like bro I don’t think I could go through that again,
I tell them that I want to see you happy and I’m alright with letting you go,
But sometimes I go through a milestone and I think of every way of letting you know,
So I start clicking on your Facebook even though you’re never on it,
Start asking myself why I don’t just ring you, sorry I’m being honest,
Sometimes, I’ll stare at your number telling myself not to call it,
So I ring you on withheld just to listen to you talking,
And here’s me thinking I could never relate to Drake,
That’s a good lie,
Cause the woman that I would try,
Is happy with a…
Yea but you get the picture,
But that’s sometimes.

Sometimes I’m talking to other girls seeing the potential in a new one,
She’s talking about our future I’m listening and thinking we should have broken up sooner,
I’m sitting here like being single made sense now,
But that’s sometimes,
Because there’s always something that brings me back to how you’ll made me feel,
And sometimes I sit here blaming myself,
How did I throw it all away? what do I need to change about myself?
And sometimes I think Nah, she lost out on me,
She was playing too many games, if anything I start to feel free,

Sometimes I think what we had was special and I don’t see how you or I could find another us again,
Then I think about being replaced and think every relationship is the same,
Sometimes I think I over think it too much,
I never really speak out these days, running out of people to trust,
And sometimes I think the only way we can get back together is if we get over each other first,
I know I know, but *lol* sometimes it makes sense,
Sometimes I delete your number,
I say that because I’ll get all brave and delete it like “YEA I did it”
But I know your number off by heart so it ends up back in my phone anyway,
Sometimes.

Sometimes I sit here thinking about you, and if you’re thinking about me,
Then I think Nah, she’s happy without me,
Sometimes I feel to just get up and go get you but,
It’s not that easy,
Sometimes I wonder if you want your hero back,
Them hugs when you’re scared, motivation when you’re worried,
Don’t let me have time to myself,
Cause that’s when I think of you the most,
Late at nights when we should be on the phone
Or how mornings feeling weird cause we haven’t spoke,
I’m starting to relate to songs that I used to think where just good musically,
Seems like a lot of singers went through this, guess it wasn’t just you and me,
Everyone’s telling me we got a happy ending,
And sometimes I believe it, Sometimes I don’t.

I just pray that you’re happy and whoever you end up with,
I just pray you have a beautiful future